The famous concept of a 'golden rectangle' - a rectangle with its sides in the the golden ratio φ = (√5 + 1)/2 - dates back to ancient Greece & other civilizations. The concept can be extended to those of 'golden quadrilaterals' in several different ways as shown below. It provides an opportunity to illustrate the mathematical process of 'constructive defining', and for exploring some of the interesting mathematical properties of each of these golden quadrilaterals.

Click on the names or the picture icons below to open an Exploration of each of the four given golden quadrilaterals, using dynamic geometry sketches created with WebSketchpad. Each exploration has some Challenges for the reader, ranging from very easy to medium hard. Enjoy! 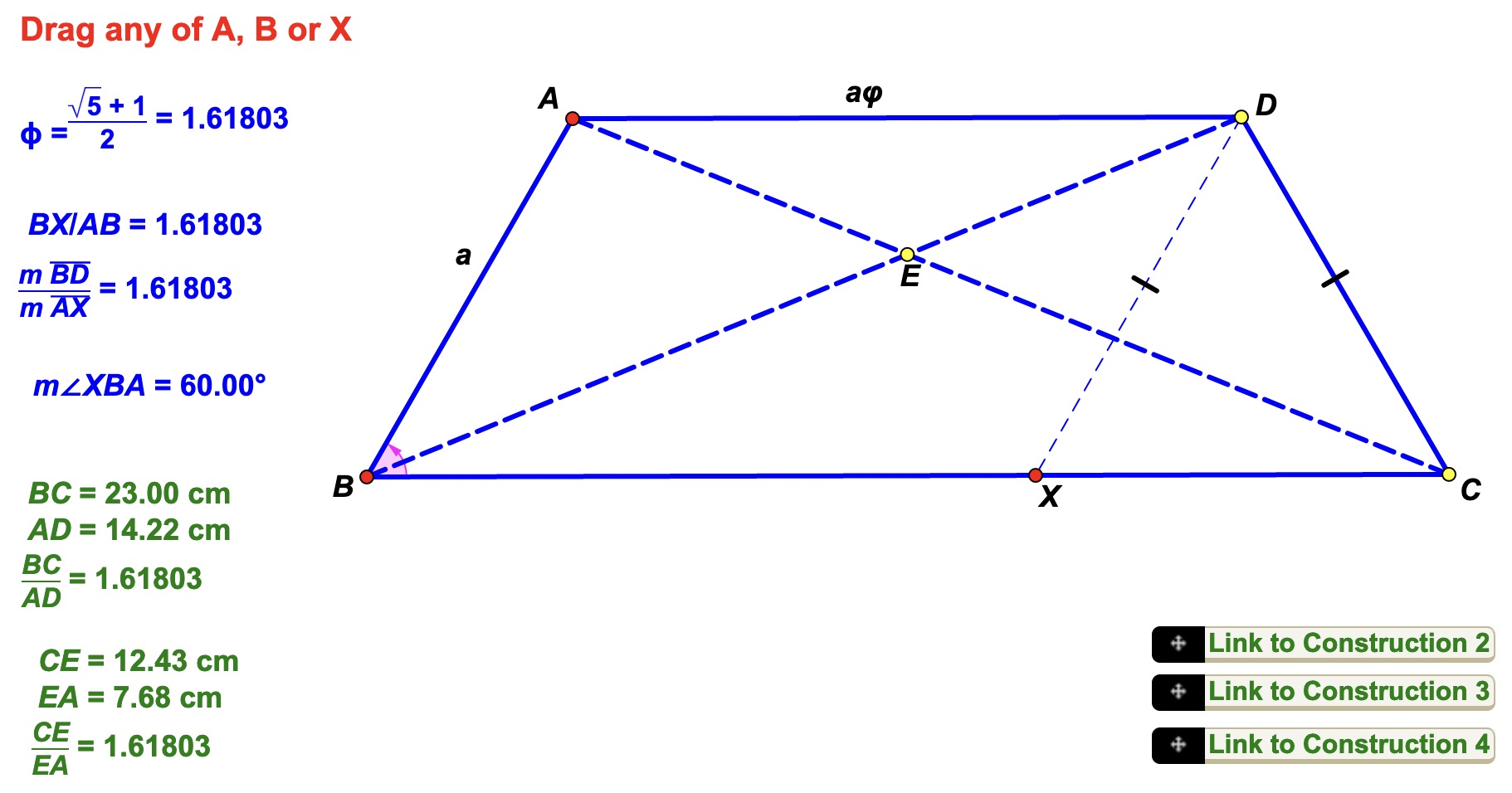 Critical Comparison:The reader is invited to critically compare the possible definitions of each of the golden quadrilaterals above, judging them not only by 'appearance', but also by their mathematical properties & the ease by which one can construct an example or deduce other additional properties (not contained in the definition).

Paper: Read my 2017 paper An Example of Constructive Defining: From a Golden Rectangle to Golden Quadrilaterals in the journal At Right Angles.